A recent study carried out by BOI and Teagasc finds the debt levels of Irish farms are at approximately half that of their European counterparts. This is good news for farmers wishing to invest and expand in their business. The research showed that the majority of

loans acquired by farmers were for land purchase, building and working capital. 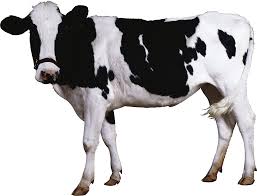 The report goes on to show that during the boom, compared to other industries the farming community remained shielded from the extensive borrowing levels seen by the rest of the country. Dr Fiona Thorne, an economist from Teagasc stated that although liabilities were increased in recent years but “the historically low level of debt relative to assets and equity reaffirms the farm sector’s strong financial position”

In 2013 “the average debt level on Irish farms is €24,000, which is about half of the European average. Larger dairy farms managed by farmers with higher family farm income and an off-farm income earned by the spouse are the most likely to invest.” The highest ever level of debt was recorded by dairy farms in 2013 with on average €62,000 per farm.

It was estimated by the report that an investment of €1.47billion would be needed for dairy farms to achieve the 50pc Food Harvest expansion target. With the recent lift of the 15 year beef embargo with the U.S. and the fast approaching abolition of milk quotas in April, Irish farmers are set for a more globalized market place.

In terms of farmers declaring bankruptcy in Ireland it is the exact same as any other individual. The farm, livestock and machinery would be taken into consideration. Such assets could/would be sold as part of the debt contribution. Another option is an Individual Voluntary Arrangement (IVA) which takes place in the UK. As the farm would also be seen as an asset in this case would be feasible for the farmer to move and live in the UK for the stated period. For more information on either of these options look at our FAQ’s articles on both.