An IVA agreement is only available in the UK, and is one made with your creditors whereby you will pay all or part of your debts off. Regular payments are made to an Insolvency Practitioner (IP) who divides the payment among your creditors.

You can use an IP to get an IVA. Your IP figures out what is manageable for you, the size of payments you can afford and the length of your IVA. For this you will have to provide details about your finances, assets, debts, income and creditors.

Your insolvency practitioner contacts your creditors, and the agreement only becomes active when the creditors holding 75% of your debts agree to it. This applies to all creditors, including any who disagreed to it. 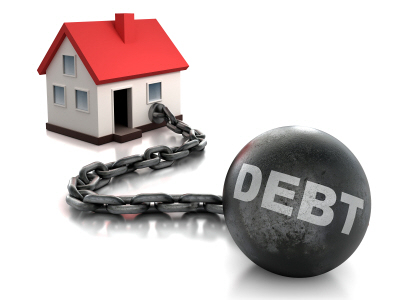 Your IVA can be cancelled if you do not keep up your repayments.

As an IVA is a UK service you will be added to their Individual Insolvency Register and this record is removed 3  months after the IVA ends.

The majority of bankruptcy cases last about a year in the UK. A major disadvantage to bankruptcy is the likelihood of losing assets including family home. However an IVA may mean re-mortgaging but keeping the property.

Bankruptcy is also quite a public matter as some parties, such as banks must be informed legally. As the declaration is printed in newspapers you cannot control who knows. Whereas although an IVA is published on the Insolvency Service website, it will not be printed. Therefore making it a more private option.

During the bankruptcy process creditors cannot contact you directly and so takes some pressure away from you. You can are allowed to retain items like household goods and a reasonable amount to live on. When the bankruptcy order is over money you owe is written off.

IVA Once off lump sum

A once off settlement is possible  for someone with access to sum acceptable for a full and final payment. Available in the UK and Northern Ireland this agreement favours those who do not have adequate continuous income to make continuous monthly payments. This scheme favours creditors and debtors as the alternative to a lump sum are lengthy, low monthly payments. An example of this is where an individual used their redundancy payments to settle all debt before their retirement.

Approval is gained when a vote among your creditors takes place and there is a 75% vote in favour of the IVA. If it is believed you can complete a monthly instalment contributions and the IVA sum would greatly reduce the creditors repayment it is unlikely for your proposal to be accepted. An added factor

would be if it was early on in the IVA process, particularly if the sum is far less than funds releasable through bankruptcy.

IVA acceptance from creditors is more likely if the sum is comparable to or an increase on repaid previously by the debtor, especially if it is seen by the creditor the IVA may fail otherwise.

-Gift from family or friends

-Inheritance or other windfalls

Note: You are not allowed take out a loan to pay the full and final settlement and any money given to you by friends or family needs written confirmation it does not   need to be repaid and is a gift.

A debtor’s COMI is presumed to be the place where they carry out their profession, trade or business. If the debtor is unemployed, their COMI is presumed to be the state in which they habitually reside. The location of your creditors/where your debts were incurred has no effect on changing your COMI, however the change in location must be ascertainable to your creditors (they must know you have moved). As IVA’s are a service only available in the UK, your COMI must be located there. To be eligible for a UK COMI you must reside there for the greater part of 6 months i.e. 3 months and a day. Irish citizens but newly UK residents must notify their creditors of their updated COMI before IVA proceedings.

-For individuals wanting to commence an IVA it is a method by which you can clear your debt without the standard 5-year IVA process.

-You’re more likely to keep your assets such as car or family home.

-The amount you pay is what you can afford

-Although an IVA will appear on your credit file for six years, there are fewer restrictions in terms of access to financial products and credit than with bankruptcy