Previous to the bank collapse and beginning of the global recession in 2008, if you were insolvent bankruptcy was the only available option for settlement of your debts. Now when you’re able to pay your debts or liabilities there are new debt resolution methods as of 2013. Introduced under the Personal Insolvency Act 2012 and implemented by the ISI, these methods are specifically for people who cannot afford to pay their personal and mortgage debts.

The Personal Insolvency Act was implemented in December 2012. Amendments made in 2013 allowed for the creation of a series of Statutory Instruments to bring the various existing sections into effect in accordance with the personal insolvency system.

Recently the Free Legal Advice Centres (FLAC) in Ireland have said it is “frustrating” that the personal insolvency system that was created to help the poor is “serving those with money better”.

Other concerns were voiced by the FLAC over unprotected debtors negotiating with “powerful, well-resourced” banks and unregulated debt collectors and underfunded State legal advice. FLAC’s annual report was launched on 07/07/14 by Chief Justice Mrs Susan Denham and it reported that the number of calls to FLAC’s helpline rose by 10% last year.

The data released by the ISI last week raises concerns for the 100,000 people in mortgage distress with their family homes. “Families are crippled with debt, many are seeking a way to resolve their debt, the insolvency service was to be a game changer and to date this has failed to materialise”, said David Hall, CEO of the Irish Mortgage Holders Organisation (IMHO). 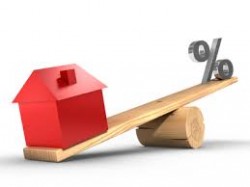 “In addition there is a concern where with such small numbers, 26% of arrangements fail after the protective certs have been issued at a cost to debtors.”

“We are now six years into this personal debt crisis and the main anchor expected to help people is clearly not working. The Government needs to be mature and admit this act, while well intentioned, has been a failure.”

As reported in February by RTÉ, the IMF stated that personal debt should be dealt with first and then deal with state debt. IMF economists have stated and written at length about how “high private sector debt may be more damaging to growth than high public sector debt”.

The main conclusion drawn from the IMF was that higher levels of personal debt are worse than higher levels of government debt. So to put it simply anything above 90% GDP causes a slowdown of economic growth.

Seeing as personal debt is being recommended to be dealt with first, here at AJ Debt Solutions we can help. We supply a tailored service to each of our clients by providing guidance on all aspects of insolvency solutions in Ireland and the UK. We advise you through all processes as well as providing additional legal assistance when required. Contact us now and see what we can do for you.